Ole G. Mouritsen, PhD DSc FRSD, is a physicist and professor of gastrophysics and culinary food innovation at the University of Copenhagen. His research is directed toward a broad range of basic science questions, as well as their practical applications within biotechnology, biomedicine, and gastronomy. He is an elected fellow of the Danish Academy of Sciences and Letters, the Danish Academy of Technical Sciences, the Danish Gastronomical Academy, and Sigma Xi. He is the author of several scientific books and about 400 scientific papers and reports, in addition to being recipient of a number of prestigious science and science communication prizes, most recently the DuPont Nutrition & Health Science Medal for Excellence in Food Science (2016).  In 2016 he was appointed Japanese Cuisine Goodwill Ambassador appointment by The Japanese Ministry of Agriculture, Forestry, and Fisheries. In his spare time, he cooks, collaborates with chefs, furthers his knowledge of all aspects of food, and writes articles and books about the science of food and taste, including Sushi: Food for The Eye, the Body, and the Soul (2009), Seaweeds: Edible, Available & Sustainable (2014), Umami: Unlocking the Secrets of the Fifth Taste (2014), Life-As a Matter of Fat (2015), and Mouthfeel: How Texture Makes Taste (2017). He is currently president of the Danish Gastronomical Academy and director of the Danish national center for taste Taste for Life. 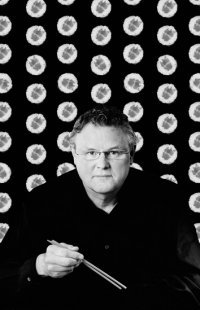